Previous Next
There Is Nothing “Fair” About Fair Share Legislation

Courtesy of Governor Corbett, the insurance industry has realized a prize it has sought for decades: the abolition of Pennsylvania’s “joint and several” liability.   Misleadingly titled “Fair Share” liability reform, this new legislation will severely restrict the rights of injured Pennsylvanians. 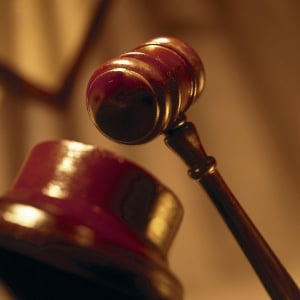 It applies to all manner of personal injury lawsuits.  Medical malpractice actions, products liability actions, and automobile accident actions will all be subject to this radical change in Pennsylvania law.

On its face, the legislation sounds “fair.”   The Act limits a negligent defendant’s liability to the “fair share” of his/her/its responsibility.  If several parties are named as defendants, their liability is limited to the percentage of blame that the jury attributes to them. But this is precisely what makes it so fundamentally unfair.

Why would you ever look to one defendant to pay the entire amount?  If one of the negligent defendants had $150,000 of insurance coverage and the other two defendants had no insurance, you would most certainly look to the driver with insurance so that you could be fully compensated.

The new legislation changes everything.

It requires you to look to each of the three defendants, and limits you to their “fair share” of the award.  In the three-way accident I’ve described, you will only be able to recover, as a practical matter, $50,000 (the share owed by the only defendant with insurance) because you will no longer have the ability to look to one defendant for payment of the entire amount.  In the old days, the insurance company had to eat the $100,000 shortfall; in 2011, the innocent, injured plaintiff shoulders that loss.

So what is so unfair about limiting a defendant’s liability to his fair share?

In other words, the new law protects negligent defendants at the expense of innocent victims.  It protects insurance companies at the expense of injured victims.  In Pennsylvania, physicians are required to maintain only $1,000,000 of liability insurance.  A catastrophically injured victim of medical malpractice will often incur damages that easily dwarf the coverage available to a single physician.  The new law makes it harder to provide full compensation for these victims.

There is nothing “fair” about this.  The Governor and the insurance industry have done and end-run around decades of well-established case-law.

To the folks in Harrisburg, insurance companies are more important than injured people.  Attorneys should understand the consequences of this type of legislation and structure his theory of liability so as to make sure the available insurance is maximized.