Previous Next
Pharmacy Errors – Pharmacist Hours Can Be Deadly

Did you know that medical errors, inclusive of pharmacy errors, are the third leading cause of death in the United States? Did you also know that medication and drug errors account for a large portion of those medical errors? From receiving the wrong anesthesia to receiving the wrong medication entirely, medication errors can result not only in long-term injury, but they can also result in death. 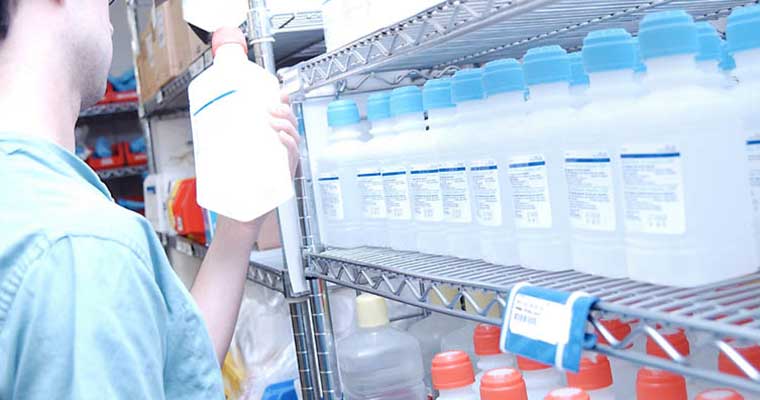 Some of those medication errors can be caused by a pharmacist’s carelessness (“negligence”). When pharmacists are overworked, they often make critical mistakes, fill the wrong medication, or even place the wrong label on the bottle. They may forget to recognize a patient allergy, or may fail to notice an error on the prescription itself. This can result in disastrous and deadly consequences.

Just how many hours are too many for a pharmacist to work? Well, the Minnesota Board of Pharmacy (MBP) has been considering that very question. The MBP suggests that pharmacists be limited to no more than 12 consecutive hours each day, and be given a 30-minute break when they work for more than 6 consecutive hours.

In a statement to the Mankato Free Press, the Executive Director of the Minnesota Board of Pharmacy, Cody Wiberg, said that studies have linked the probability of mistakes being made by people in high-pressure fields when they are not rested. However, John Norton, a spokesperson for the National Community Pharmacist Association (NCPA), defends the rights of pharmacy owners, saying the hours worked by pharmacists should be decided on an individual basis, because the needs and staffing issues of different pharmacies can vary greatly from pharmacy to pharmacy.

The controversial issue of number of hours worked by pharmacists and pharmacy technicians is not a new one. In a Drug Topics article, Dennis Miller, RPh wrote that the combination of 12-hour shifts with no meal breaks and lack of competent pharmacy techs can cause even the most skilled and experienced pharmacists to make script errors.

1,600 pharmacists in California were awarded $7.4 million when they claimed that retail giant, CVS, coerced employees into working seven consecutive days without overtime pay. In a class-action lawsuit, another California pharmacist has accused Walmart of cheating pharmacists out of overtime and work breaks.

CVS Health in Minnesota maintains that pharmacists should continue to govern their own work schedules without interference from the Board. The proposed rules also concern small, independent pharmacists. They say they could lose business because they may only have one pharmacist on staff and would have to close if s/he was not allowed to work because of state board regulations.

Brian Cornelius, a Hy-Vee Pharmacy Manager, says he would like to see shorter work days for his fellow pharmacists, but can also see that pharmacy closings due to state board regulated work hours would be an inconvenience to customers. Convenience might be a small price to pay, however, for consumers to stay healthy. Millions of Americans depend on their pharmacies to fill their prescriptions error-free. Prescriptions that ward off stroke, heart attack, or blood clots can cause serious injury when mistakes are made in dosage, or worse if the wrong medicine is dispensed.

In fact, several different and concerning scenarios can be envisioned when a pharmacist is over-worked or if the pharmacy is under-staffed, including:

Talk to the Attorneys Experienced in Pharmacy Errors and Medical Malpractice

The medical malpractice attorneys at McLaughlin & Lauricella, P.C., have more than 90 years of experience representing patients and their families across Philadelphia, Berks, Bucks, Dauphin, Delaware, Lackawanna, Lehigh, Luzerne, Montgomery, and Northampton Counties. We are also proud to serve injured patients throughout the State of New Jersey. Contact us today toll-free at 1-855-633-6251 or fill out our confidential contact form to learn more about your legal options.