Medical Malpractice Pre-Trial Discovery – This Is Not Television

Previous Next
Medical Malpractice Pre-Trial Discovery – This Is Not Television 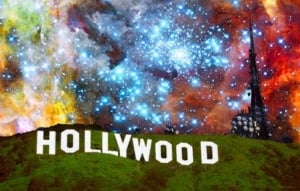 With rare exceptions, Hollywood never manages to accurately depict the practice of law.  Beyond the fact that real lawyers are not as attractive as their television counterparts, real litigation is very different than that which you see on television or in the movies.

In movies, the courtroom is a place where surprise witnesses and witness-stand confessions are commonplace.  In the real world, there should be few surprises.

If you commence a medical malpractice case, you and your opponent will exchange written questions (“interrogatories”), requests for documents, and Requests for Admissions (designed to narrow the issues which are actually in dispute).  The parties will usually undergo depositions in which they are questioned, under oath, by the opposing party’s attorney.

In a medical malpractice case, your lawyer’s questioning of the defendant-doctor will figure prominently in whether your case is tried or settled prior to trial. If your lawyer has not properly read and analyzed your records, or if your lawyer simply doesn’t understand the medicine, it is unlikely that the deposition will not productive.  And if the doctor’s insurance company thinks the defendant went well, its unlikely that the carrier will be intimidated into making you a meaningful offer of settlement.

Too often, lawyers who do not prevail at the doctor’s deposition rationalize their failure to rattle their opponent by saying that they will land the necessary punches at trial.  Rationalizing a bad performance by calling it “strategy,” is simply bad strategy.

At McLaughlin & Lauricella, we have a unique approach to depositions.

In significant cases, we jointly depose the defendants and other critical witnesses.  Exactly as depicted in the photographs on this website, Paul and Slade take depositions as a team, with one lawyer asking the questions, and the other carefully reviewing the real-time stenographic record, conducting on-the-fly computerized research, and otherwise bringing a second set of eyes and ears to the process.  This unusual approach results in depositions that are comprehensive and game-changing.

In Pennsylvania, the expert witnesses who testify at a medical malpractice trial are not subject to the same type of rigorous pre-trial discovery.

Under the Rules of Civil Procedure, the experts need only submit a report that summarizes the facts and opinions to which the experts are expected to testify.  While these experts can be unpredictable, their testimony is limited to the “fair scope” of their reports.

If your attorney has conducted the necessary discovery, there should be few, if any, surprises at trial.

This does not mean that a trial is not exciting.  The dynamics of the courtroom are often unpredictable, and an unprepared witness or an unskilled attorney can often inject some surprise into the proceedings.  But if your attorney does the necessary pretrial discovery, you should know just about everything your opponent has up his or her sleeve.