Previous Next
Tort Reform: “Loser Pays” Makes You A Loser 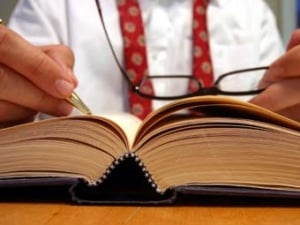 Did you watch the Republican candidates debate healthcare reform?  If you listened to the candidates, you’d think that medical malpractice lawsuits are the biggest contributor to the cost of health care.  Tort reform, they tell you, will solve the problem of health care.  This kind of thinking is as dangerous as it is erroneous.

First of all, the costs of malpractice insurance accounts for an infinitesimal share of the dollars spent delivering healthcare.

Some studies show that malpractice costs account for about ONE PER CENT of the money spent on health care.  Simply put, tort reform, even the type of extreme tort reform advocated  by Herman Cain and Rick Perry, would not reduce the cost of healthcare at all.

Consider the price you will pay if any of these extreme tort reform proposals is enacted.

In Pennsylvania, patients who are injured by medical malpractice already face enormous obstacles.  If you are injured by medical negligence, you cannot even file a Complaint unless you have first obtained a written statement from a physician (in fact, a physician who practices in the same specialty as the defendant) attesting to the merit of your case.  For all of Herman Cain’s wailing about “frivolous” lawsuits, Pennsylvania, like many other states, weeds out frivolous lawsuits by requiring all malpractice cases to be screened before they are even filed.

The legal standard for medical negligence is quite rigorous.

Consider the implications of what the Republicans are proposing.  Herman Cain, like many others in the GOP, advocates a “loser pays” system in which the loser in a medical malpractice case pays the legal fees of the winner.  It sounds fair and appealing, but think of how it would play out in real life:

You’ve been injured by a physician.  You hire a lawyer. You retain an expert.  You are ready to go to trial, and the insurance company’s lawyer makes you an offer.  It’s a low-ball offer.  It’s insulting.  But the insurance company knows that you can be intimidated into taking the pittance it has offered.  If you don’t take the low-ball offer, go to trial, and lose (as happens more often than not), you will not only walk away without any compensation, but will also have to pay the legal expenses of the doctor who injured you!  Talk about adding insult to injury.

Tort reform like that which is proposed by Cain and Perry is a giveaway to the insurance industry.