Seven years ago this week, Jim Beasley passed away.  Jim was a legal trailblazer (posthumously revered in Ralph Cipriano’s compelling biography as a “Courtroom Cowboy”) whose impact on the Philadelphia legal community is still felt almost ten years after his death. 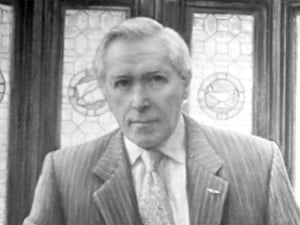 Jim Beasley was an unassuming man who lived and breathed the law.  Those of us who worked for and with him often joked that Jim Beasley would likely die with his boots on.  And in fact, he quite literally did so.  He tried his last case weeks before he was diagnosed with the illness that would eventually end his life.  At 78, he was going strong, pursuing his final case with Quixote-like determination at a time when his contemporaries were content to collect social security and grab the early bird dinner special.  The man did not know he had a terminal illness; he simply had no idea that he would pass away in less than two months

Those of us who had worked for Jim Beasley for so many years, in retrospect, noticed that he looked unusually fatigued during that trial (shockingly, when he returned from court, he did not hoof it up the stairs to his office, but, instead, uncharacteristically opted for the elevator).  We attributed all of this to age.  After all, what was so unusual about a 78 year old man taking the elevator after a grueling six or seven hours in a medical malpractice trial?

It was unusual, of course, for Jim Beasley.  Jim was a man who could intimidate people with nothing more than a stare and a bemused, disdainful countenance.  I saw it with my own eyes.  Like many of the others who came before me, I “second chaired” more than my share of trials with Jim Beasley.  I watched him dismantle opponents and overwhelm juries with nothing more than his commanding presence.  He could be quite intimidating.  At our last office Christmas party, I confessed to Jim that I had no idea who he was when I interviewed for my job seventeen years earlier.  “You mistook my ignorance for self confidence,” I told him.

A Lot of Great Lawyers Came Out of the Beasley Firm

The numerous changes in the firm’s name herald the number of great lawyers who truly consider Jim Beasley a mentor.  When I took my job, the firm went by the name of Beasley, Hewson, Casey, Colleran, Thistle & Erbstein; within years, the firm name had grown so long (Beasley, Casey, Colleran, Erbstein, Thistle, Kline & Murphy), it threatened to overwhelm our stationary.

When Jim passed away in 2004, he left behind eight of us in whom he reposed enough confidence to personally name us “partners.”   While only two of those eight remain at the firm, Jim Beasley’s legacy lives on in the work of trial lawyers throughout Philadelphia, Pennsylvania, and beyond.  Second only to my own father, Jim Beasley had the most profound influence on my life and world-view.  I am proud to consider Jim Beasley my mentor.