A Philadelphia judge has granted partial summary judgment to a man who had his leg amputated above the knee after a 10-year-old ran him over with a 5-ton track loader. According to Ruick and Holly Rolland’s motion for partial summary judgment, the child’s operation of the track loader in 2009 came under the discretion of his father and was known by the company that rented the vehicle to the owner of the property where the accident took place. Therefore, the plaintiffs argued, there was no question of material fact that those defendants negligently entrusted the boy to operate a piece of machinery that is, in their words, “akin to a bulldozer.”

Summary Judgment to a Plaintiff 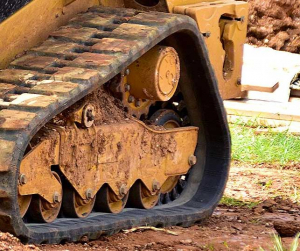 Common Pleas Court Judge Gary F. DiVito’s decision last week is a rare grant of summary judgment to a plaintiff and leaves only the issue of damages to be decided at the trials of the father, Stephen Senn, his landscaping company, Senn Landscaping Inc., and the front loader rental company, Modern Equipment Sales and Rental Co.

“Because no reasonable jury could find that it was reasonable to knowingly permit a 10-year-old child to operate a 10,000 – pound track loader, there can be no question as to whether the defendants negligently entrusted the track loader to the child,” the motion said.

Because it was disputed that Bruce Irrgang, who owns United Construction Services and the underlying property, knew about the 10-year-old’s operation of the track loader, that issue was advanced toward trial, as well. Rolland’s attorney, Paul A. Lauricella of McLaughlin & Lauricella, said the legal strategy was an effort to force the defense to “show its cards.”

“What we’ve realized is that summary judgment is a device that is available to plaintiffs,” Lauricella said. “If you’re not going to put your best case forward in response to a motion for summary judgment, then perhaps you don’t have a best case.” In a response to the motion, Senn admitted he was negligent for Ruick Rolland’s injuries but disputed that summary judgment was a proper remedy for the lawsuit, considering the respective negligence of other parties involved, including Rolland himself. Modern Equipment declined to stipulate to its own liability, arguing in response to the motion that the question of whether the boy was likely to use the track loader in a potentially dangerous manner was a question of fact for a jury to decide. “It’s really more of a victory for the plaintiff as to Modern because Modern did not make such a stipulation in response to the motion,” said Senn’s attorney, Jane A. North of Deasey Mahoney Valentini & North.

Modern Equipment’s attorney, Thomas F. Reilly of The Chartwell Law Offices, said he was in the process of preparing a motion for reconsideration and a petition to certify the summary judgment issue for an appeal to the state Superior Court if his motion is not granted.”I disagree with it and it’s unusual,” Reilly said. “Essentially, it’s taking the apportionment of negligence away from the jury.”

What is A Track Loader?

A track loader, according to a memorandum of law supporting the plaintiffs’ motion, is a piece of “industrial earth-moving equipment.” The loader stands about 6.5-feet tall, weighs about 10,500 pounds and can carry about 3,000 pounds. A picture the plaintiffs provided in court filings shows a caged-in driver’s seat and forklift jutting out of the vehicle’s front end. It runs on tracked treads.

The Rollands, however, noted in their motion that the rental agreement vested Modern Equipment with the ability to take back the track loader if it was not being used by competent operators.

Mutter conceded at a deposition that he should have brought the issue to the attention of Modern Equipment’s general counsel, Thomas Callahan, according to the motion. At his own deposition, Callahan said he would have ordered the repossession of the earth-moving loader if the customer did not comply with the rental agreement.

Although Mutter, according to the Rollands’ motion, did nothing to try to stop the child from operating the track loader, others did.

The motion said people working on the property tried to discourage Senn from letting his young son use the machine, but failed. One Senn landscaping supervisor, Matthew Fischer, testified he voiced such concerns to Senn himself. In response, the motion said, Senn “responded with nothing more than a smile.”

The Rollands had initially sued ASV Inc. — the loader’s manufacturer — as well, but discontinued the case against it, Lauricella said.