A Philadelphia jury yesterday awarded $3.025 million to a woman assaulted by a client housed at a Bucks County treatment facility for juvenile sex offenders. At the time of the assault, the client was on an excursion with a counselor from the facility who lost sight of him. 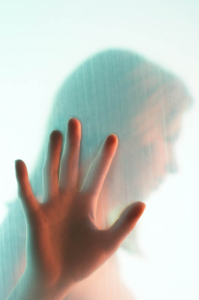 In 1996, Thomas K. Harrington was an adjudicated delinquent and was recommended to be placed at a treatment facility for “inappropriate sexual behavior.”  Harrington had attempted sexual assaults on women in June 1995, August 1995, and June 1996, according to the complaint.  After three treatment facilities rejected Harrington as a resident, the Mathom House of Doylestown accepted him.

On Oct. 21 of that year, Harrington was allowed to go on an outing from Mathom House with his counselor, Jerry Bonner.  Bonner and Harrington bought tickets to see a movie together and spent time before the movie looking at magazines at a drug store and supermarket in the Market Place Shopping Center in Huntingdon Valley.

“Mr. Bonner’s monitoring and supervision of Mr. Harrington was so lax during this period of time that Mr. Harrington was able to shoplift a 12-inch kitchen knife, take it out of its package, and conceal it in his pants,” said the complaint.

During the movie, Harrington excused himself to go to the bathroom and left the theater unaccompanied by Bonner.  As Tina Hahn, a 36-year-old wife and mother, emerged from a clothing store and walked to her vehicle.  Harrington accosted her at knifepoint.  He forced her into her vehicle and said he would kill her if she didn’t cooperate.

Harrington forced Hahn to drive to another area of the parking lot and then ordered her to perform oral sex on him.  However, Hahn’s signals to another driver in the parking lot led the stranger to approach the car and break up the assault.  Harrington returned to Bonner, who drove him back to Mathom House.

Harrington was arrested later that evening, pleaded guilty to the assault on Hahn and was sentenced to 20 years to 40 years in a state correctional facility in April 1997.

Theory of the Case

McLaughlin sued the Mathom House Inc., the executive director of Mathom House, and the counselor in charge of Harrington.

McLaughlin said he based the case on negligence, including Mathom House’s failure to hire and retain competent personnel; failure to provide proper training to counselors; and failure to develop and implement rules with respect to supervision of residents.

“Harrington did not even belong at the Mathom House facility,” said McLaughlin.  “The facility was designed for passive sex offenders, like voyeurs, for example.  This juvenile clearly had a violent history.”

McLaughlin also argued it was poor judgment for Mathom House to allow a juvenile out of the facility when he was in a volatile mental state.  [Harrington] had just found out the day before that his uncle had been shot dead,” said McLaughlin.  “They should have known that is the kind of thing that will make an offender act out.”

And Bonner – someone who held a string of odd jobs unrelated to counseling prior to his employ at Mathom House – had no business supervising a juvenile in that situation, McLaughlin said.

“Here’s someone who was a former disc jockey and who never even completed his required training as a counselor.  He was at the facility as long as Harrington was – for three months,” said McLaughlin.

A jury of eight people, including at least three women, took 3 ½ hours to decide the case against Mathom House, McLaughlin said.

“I think it was mainly because of the defense attorney’s presentation of the case,” McLaughlin said.

“I don’t think the jury took kindly to the fact that the other side accused Mrs. Hahn of being a ‘malingerer’ and a ‘liar,'” said McLaughlin.  “The defense’s own expert agreed that Mrs. Hahn did suffer from post-traumatic stress disorder.”  Hahn cried when she was on the stand, he said.

“Three defendants from [Mathom House] got up on the stand and admitted in sworn testimony that the counselor acted improperly,” said McLaughlin.  “Then, Mr. Hoare stood up and argued in his closing that the counselor did nothing wrong.  I didn’t understand it.”

“This was a plaintiff’s verdict case.  I was a defense lawyer for 10 years, and I would have admitted liability in this case,” he said.

Hoare did not return a call yesterday seeking comment.

As a result of the incident, Hahn suffered nightmares, spontaneous daytime recollections of the incident, anxiousness while in public, uncontrollable anger, fear of a sexually transmitted disease, and an inability to participate in marital relations with her husband, according to the complaint.

Originally, McLaughlin filed the case in Montgomery County, he said.  But after finding business ties to Mathom House which enabled him to move the action to Philadelphia County – which he preferred – he did.

McLaughlin said he was pleased with the expert witnesses he chose for the case.  “Gary Glass from Wayne was our forensic psychiatrist, and he did an excellent job of laying out the facts.  I think he really made things understandable to the jury.

“Bruce Lief of Friends Hospital was also excellent.  He has treated Mrs. Hahn since last November, and he stood behind his diagnosis of post-traumatic stress disorder, despite the other side’s insistence that Mrs. Hahn was a liar.”

Since Mathom House maintained only $1 million in insurance coverage, and McLaughlin offered to settle for well below that amount but Mathom House refused, McLaughlin will file a bad faith action against both Mathom House and its insurer to pay the balance of the judgment, he said.

“Either this will be paid by the insurance company, or out of the personal assets of the owners of Mathom House,” said McLaughlin.  “If they had the opportunity to settle within the policy limits but the insurance or private attorneys advised against it, they will be liable.