A local Philadelphia law firm has helped the families of two victims killed in the Sept. 11 attacks win a history-making $104 million verdict by proving Iraq had ties to al Qaeda and the terrorists acts on the World Trade Center. 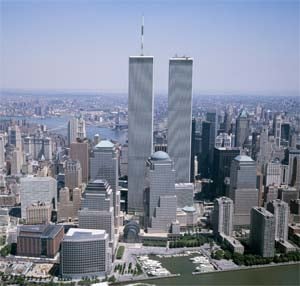 And now comes the hard part.

Plaintiffs’ attorneys James E. Beasley Sr., James E. Beasley Jr., and Slade H. McLaughlin, all of Philadelphia’s Beasley Firm, still have the matter of securing Iraq’s portion of the judgment from the country’s frozen assets to contend with.  President Bush has earmarked most of Iraq’s $1.8 billion in assets for rebuilding.  The attorneys don’t seem overly concerned, however.

“We have contacts in Washington.  We’ve already put the necessary measures in place [to secure the funds],” McLaughlin said.

Judge Harold Baer of the South District of New York handed down his decision in Smith v. The Islamic Emirate of Afghanistan yesterday.

“I conclude that plaintiffs have shown, albeit barely, ‘by evidence satisfactory to the court’ that Iraq provided material support to bin Laden and al Qaeda,” Baer said.

Baer seemed most convinced by testimony provided by an expert on Iraq and from a former CIA director.

McLaughlin said he thought the team had a good chance of winning the World Trade Center case from the beginning, although that didn’t appear to be the consensus.

“There was a lot of talk that [the suit] was a joke, a farce, that it was ridiculous,” McLaughlin said.  “What we did was show we have the ability to prove a case as significant as this.  Those people will have to eat their words now.”

Theirs wasn’t the only suit filed on behalf of victims of the attacks, McLaughlin said.  But he said he believed the Beasley team was effective, in part, because it concentrated on only about six defendants, while other suits have named hundreds.

Asked how the firm came to represent the plaintiffs, the attorneys said they were referred by other attorneys.  “It also might have had something to do with our involvement in the Ira Einhorn case,” Beasley Jr. said.

None of the defendants filed an appearance.

9/11 Attacks on the Twin Towers

According to Baer’s opinion, two relatives of victims from the attacks on the Twin Towers brought the suit: Raymond Anthony Smith, the brother of George Eric Smith and a Jane Doe plaintiff, the executrix of Timothy Soulas’ estate.  They each named as defendants in the suit the Islmaic Emirate of Afghanistan, the Taliban, al Qaeda and Osama bin Laden, as well as Saddam Hussein and the Republic of Iraq.

Beasley and McLaughlin said they served the defendants through various means, which the opinion listed as personal service on Taliban Ambassador Abdul Salaam Zaeef, Iraq’s Ministry of Foreign Affairs and through publication in Afghan and Pakistani newspapers and television stations.  Baer found the service met minimum due process requirements.

Because none of the defendants appeared, the court entered a default judgment against each one by February of this year.  The case decided yesterday was only on damages.

As a threshold issue, Baer found the World Trade Center attacks of Sept. 11  could be classified as acts of “international terrorism,” which are covered by the Antiterrorism Act of 1991, rather than of domestic terrorism.  That was so, he said, because they were “carried out by foreign nationals who apparently received their orders and funding and some training from foreign sources.”

The plaintiffs brought their claims against Saddam Hussein and Iraq under both the Antiterrorism Act, which provides a cause of action for the survivors of a U.S. national killed as a result of an act as a result of an act of international terrorism, and FSIA, the Foreign Sovereign Immunities Act, which eliminates sovereign immunity and gives a federal court jurisdiction over foreign states in certain circumstances.

Baer, however, said the plaintiffs had no cause of action under the Antiterrorism Act as it prevents a suit against a foreign state when the plaintiff would be entitled to treble damages.

The FSIA also did not allow their suit against Saddam Hussein, Baer said.  The Flatow Amendment to the act grants a cause of action to victims of state-sponsered terrorism.  It holds: “No action shall be maintained under this action if an official, employee or agent of the United States, while acting within the scope of his or her office, employment, or agency would not be liable for such acts if carried out in the United States.”

In 1982, the U.S. Supreme Court ruled in Nixon v. Fitzgerald that a claim against former President Richard Nixon for conduct similar to that alleged of Saddam Hussein was barred because a president has absolute immunity from damages for any conduct associated with his or her office duties.

Because the high court set that precedent,Baer said, the claim against Saddam Hussein had to be dismissed.

The elements needed to prove Iraq’s culpability were more complicated, Baer said.  The plaintiffs had to show the terrorist act was perpetrated by either the foreign state itself or a non-state that received material support from the foreign state and that the act was conducted by an agent, employee or official of the foreign state.

Mylroie testified, in part, that Iraq continually provided support to two of the main perpetrators of the 1993 bombing of the World Trade Center and that bin Laden’s fatwah, or religious war, was motivated in part by the U.S.’s participation in the Gulf War against Iraq.

“I think in many respects, al Qaeda acts as a front for Iraqi intelligence,” Baer quoted Mylroie as testifying.

Woolsey testified as to the existence of a training ground for non-Iraqi fundamentalists in Iraq called Salman Pak.  Plaintiffs’ counsel produced satellite photos taken of the camp as well as testimony about its existence from three Iraqi defectors.  Beasley Jr. said at the camp fundamentalists were trained to hijack an airplane in groups of four or five men.

Woolsey also testified regarding a meeting between Mohammad Atta, the apparent leader of the hijackings, and a high-level Iraqi intelligence agent in Prague in April 2001.  Woolsey referred to the encounter as an “operational meeting.”

The plaintiffs presented as evidence a letter from Stanislav Gross, the minister of the interior of the Czech Republic, which confirmed that there was contact between the two at the time.  However, Baer said the letter could not be admitted because it was hearsay evidence.

Woolsey also concluded there was some conspiracy between Iraq and al Qaeda.

Baer found the testimony of Mylroie and Woolsey sufficiently compelling to allow the plaintiffs a cause of action under the FSIA and the Flatow Amendment.

“Although these experts provide few actual facts of any material support that Iraq actually provided, their opinions, coupled with their qualifications as experts on this issue, provide a sufficient basis for a reasonable jury to draw inferences which could lead to the conclusion that Iraq provided material support to al Qaeda and that it did so with knowledge and intent to further al Qaeda’s criminal acts,” Baer said.

Baer found particularly persuasive Mylroie’s testimony regarding Iraq’s involvement in the 1993 bombing and regarding the suspiciousness of the proximity of bin Laden’s attack on the U.S. embassies and Saddam Hussein’s ousting of United Nations weapons inspectors in 1998.

As to damages, Baer noted that the Flatow Amendment, applicable to Iraq only, allows for recovery for loss of solatium, or the “damages allowed for the injury to the feelings.”

The decision represents just the first chapter in litigation seeking to hold foreign states responsible for Sept. 11 (9/11).  There are currently about 2,000 cases pending before Southern District Judge Richard C. Casey which seek to hold Iraq, as well as the governments of Sudan and Iran, ministers of the Saudi government and Saudi banks accountable for alleged sponsorship of the terror group.