Woman Wins $2.4 Million in Suit vs. Doc Who Sewed Towel into Her Abdomen

Previous Next
Woman Wins $2.4 Million in Suit vs. Doc Who Sewed Towel into Her Abdomen

A Philadelphia jury awarded nearly $2.5 million yesterday to a woman who had a towel left in her abdomen by the same doctor who was ordered to pay $1.7 million last week in another case for failing to diagnose breast cancer.

By Lori Lichtman
Of the Legal Staff 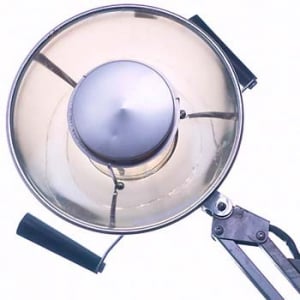 In February 1992, Dr. Marvin Kalafer performed a partial hysterectomy on Judy Levin and left a 15-by-15-inch towel in her stomach cavity, according to her attorney, Paul Lauricella of McLaughlin & Lauricella.

The doctor had used the towel to wipe his hands.  The towel went unnoticed inside Levin because it wasn’t on the instrument check list, Lauricella said.

The incident happened at Frankford Hospital, which was a named defendant in the case.  The jury said the hospital shared no liability with the doctor.

According to one of the plaintiff’s medical experts, it took doctors three weeks to find the towel. Levin suffered from a pelvic abscess and had to undergo another surgery to remove the towel.

“A poorly trained monkey could have tried this case and gotten the same outcome that I did,” said Lauricella.  “I take no credit for the verdict.”

But Lauricella said the case would have gone away for much less, saying that Common Pleas Judge Sandra Mazer Moss put a settlement value of $150,000 dollars on it last December.

Kalafer was insured by the Pennsylvania Insurance Guaranty Association (PIGA).  Lauricella faulted them for not settling for less.

“The people at PIGA – I’ll be polite and say they were stubborn,” said Lauricella.  “I cannot fully understand why they didn’t settle this case when they had the chance.”

Lauricella said that Kalafer denied liability throughout much of the legal proceedings, including his deposition.  The doctor then changed his story for the trial.

“I think the jury was somewhat put off by his last-minute efforts to acknowledge liability,” said Lauricella.

The verdict came hard on the heels of a $1.7 million verdict awarded to another patient of Kalafer’s just last week.

In that case, Kalafer is said to have dismissed a patient’s complaints of soreness and lumps in her breasts as fibrocystic disease, failing to order diagnostic tests for nearly two years.  By the time the cancer was finally diagnosed, it had metastasized to the bone.