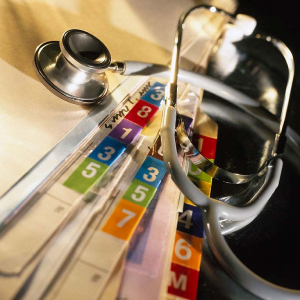 Based partly on “smoking-gun” proof that spewed innocently out of a fax machine, a federal jury decided yesterday to award $1 million to a Montgomery County widow despite finding that she and her late husband committed fraud when they signed the final papers to accept a life insurance policy.

Attorney Paul Lauricella of McLaughlin & Lauricella, who represented Dona Horowitz in her suit against Federal Kemper Life Assurance Co., said he was pleased that the jury was able to decide the case dispassionately on an admittedly “very technical” issue.

Horowitz had initially won summary judgment in her favor when U.S. District Judge Eduardo C. Robreno held that Federal Kemper was barred from claiming fraud since it did not “physically attach” an amendment to its policy.

In the amendment, Leonard Horowitz swore that he was just as healthy as the month before when he first bought the policy.  In fact, he had recently seen a doctor who diagnosed him as suffering from terminal cancer.  He died five months later.

But an appeals court ruled last year that Robreno read Pennsylvania law incorrectly and too strictly.  It found that Federal Kemper had attached the amendment if it placed the document along with the policy in a folder with pockets.

The 3rd Circuit three-judge panel ordered Robreno to try the case on the issue of whether the amendment was placed in the file that the Horowitzes took with them when they left the office.

The trial lasted eight days and the jury of six men and two women returned its verdict after just 75 minutes.

But when the salesman was asked for his file copy in Horowitz’s case, it proved to be different in appearance from the one on file at Federal Kemper.

“In other words, he walked out of there that day with both originals,” Lauricella said, so it was never attached to the Horowitzes’ policy.

Lauricella said he was concerned “that the jury might find this whole thing distasteful,” and would have difficulty deciding in Horowitz’s favor if it “bought into the defense argument that she was trying to ‘get away with’ something.”

Sympathetic Jury for the “Staple Case”

In the end, he said, the jury must have been sympathetic to Horowitz who testified that she never intended to commit a fraud.  Instead, she said, she and her husband consulted a lawyer who advised them that under Pennsylvania law, they could accept the policy even though they had learned of Leonard Horowitz’s illness because the insurance company had required that he submit to its own physical exam and had given him a clean bill of health.

Lauricella argued that the lawyer never told the Horowitzes to sign the amendment knowing it was false, but that they nonetheless believed they were following his advice when they did so.